Serving Social Enterprises
Around the Globe

Institute Executive Director Jerr Boschee has been an advisor to social entrepreneurs in the United States and elsewhere for more than 40 years.  He has delivered keynote speeches or conducted master classes in 43 states and 21 countries.
Read more 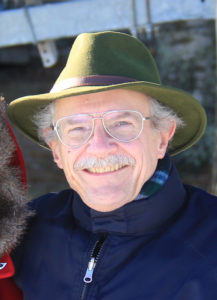 Jerr Boschee has spent nearly 40 years as an advisor to social entrepreneurs in the United States and abroad. To date he has delivered keynote speeches or conducted master classes in 43 states and 20 other countries and has long been recognized as one of the founders of the social enterprise movement worldwide. The NonProfit Times named him to its 2004, 2005 and 2006 nonprofit sector “Power & Influence Top 50” lists.

Mr. Boschee has also been an executive for a Fortune 100 company, an executive for both regional and national nonprofits, managing editor for a chain of 44 weekly newspapers, a Peace Corps Volunteer in India, and a frequent writer, speaker and trainer in the social service and public policy arenas.

Mr. Boschee served as the full-time interim President and CEO of the Social Enterprise Alliance (www.se-alliance.org), the largest membership organization for social entrepreneurs in North America, during the first six months of 2010. He and five others co-founded the Alliance in 1997 as The National Gathering for Social Entrepreneurs.

Mr. Boschee is Executive Director of The Institute for Social Entrepreneurs, which he created in 1999, and he served from 2001 to 2004 as a consultant to England’s Department of Trade and Industry Social Enterprise Unit. The Institute provides information, education and training resources for social enterprises and draws on a virtual community of social entrepreneurs and others to collaborate on specific projects. His work thus far has taken him to England, Scotland, Northern Ireland, Ireland, Wales, Norway, Denmark, Sweden, Switzerland, France, Russia, Ukraine, South Africa, South Korea, Ghana, Australia, New Zealand, India, Japan, and Canada.

Mr. Boschee helped start The National Center for Social Entrepreneurs in 1984 and served as President and CEO from 1990 to 1999. He has also been the catalyst and co-founder of The Forum for Nonprofit Leadership (1987); The Affirmative Business Alliance of North America (1989), currently known as the Americas Group of Workability International; Peace Corps Encore! (2003), to re-deploy former Peace Corps Volunteers and staff members on short-term assignments in their areas of professional expertise; and many other organizations. The Affirmative Business Alliance and The National Gathering for Social Entrepreneurs were the first two membership organizations created for entrepreneurs in the field of social enterprise.

Mr. Boschee is the author or editor of seven books, including Jerr’s Journal: My Adventures in Social Enterprise, containing the 44 essays he wrote for his monthly blog from 2011 through 2015, and the award-winning Migrating from Innovation to Entrepreneurship: How Nonprofits are Moving toward Sustainability and Self-Sufficiency. Migrating includes the title essay plus “A Practical Lexicon for Social Entrepreneurs” that defines more than 80 key terms, some in the form of mini-tutorials; a print bibliography; and a list of annotated electronic links. Other books include The Social Enterprise Sourcebook, which contains profiles of 14 nonprofits that have successfully started social sector businesses; Boschee on Marketing, which contains 21 of the columns he wrote for the Social Enterprise Reporter; and (as co-editor) A Reader in Social Enterprise, a collection of 20 essays by leaders in the field. His essays and books have been translated into seven languages.

From 2008 to 2010, he served as Visiting Professor of the Practice in the H. John Heinz III School of Public Policy & Management at Carnegie Mellon University, and, from 2011 to 2020, he served as a member of the adjunct faculty in the Graduate School of Education & Psychology at Pepperdine University, where he taught the two-semester capstone course for the “Social Entrepreneurship and Change” (SEC) Master’s Degree program (each of the students created a business plan and a Fast Pitch presentation for a social enterprise of his or her choosing). He now serves as Vice-Chair of the Advisory Board for the SEC program.

From 2007 through 2011, Mr. Boschee served as Board Chair for SAGE (“Students for the Advancement of Global Entrepreneurship”), which supports teenage social entrepreneurs in more than 20 countries. He served previously as Senior Fellow at the Northland Institute (a national think tank devoted to social enterprise); as a member of the Board of Directors for a nonprofit management assistance consulting firm; as a member of the international advisory council for NESsT, the Nonprofit Enterprise and Self-Sustainability Team, which helps civil society organizations in Central Europe and South America develop entrepreneurial strategies; as a member of the nomination board for the FAST Company magazine “social capitalist” awards program; and as a member of the Practice Advisory Council for the National Center on Nonprofit Enterprise. He also served as a monthly columnist for the on-line magazine Social Enterprise Reporter from 2004 through 2006, and as an assessor for the World Bank Development Marketplace competition in 2006.

Mr. Boschee received one of eight Alumni of Notable Achievement awards conferred in 2018 by the College of Liberal Arts at the University of Minnesota.  He and his wife, Linda Ball, now live in Geneva, Illinois.

(VIDEO) A ten-minute conversation between Jerr Boschee and John Bennett, a veteran social enterpriser who is now the head of WISEA (Wales Ireland Social Entrepreneurship Alliance): May 2011

44 essays later collected in Jerr’s Journal: My Adventures in Social Enterprise (click “See All Books” above)

“Doing good while doing well” (as Wall Street reels and the social safety net frays, the growing number of social entrepreneurs offers hope even in the scariest of times — an October 2008 Op-Ed essay from the Pittsburgh Post-Gazette)

“Keep or Kill? Score Your Programs: Use This Tool to Decide Which Activities to Nurture – and Which to Abandon” (from Nonprofit World)

“Remembering John DuRand (1934-2008)” (from The Chronicle of Social Enterprise, a profile of the man often called the father of the affirmative business movement)

“Smart nonprofit leaders are finding opportunity in scarcity” (a March 2009 Op-Ed essay from CausePlanet.org that urges nonprofits to see the current economic crisis as an opportunity)

“Social Enterprise:  A Powerful Engine for Economic and Social Development” (a 2010 briefing requested by the White House Office of Social Innovation which includes an overview of social enterprise that contains key definitions, descriptions of the three basic types of social enterprises, a case statement for investment in the field, a review of the origins of the movement in the United States, and 40 examples of successful social enterprises; Boschee served as principal author, assisted by Lisa Nitze and Corinne Gray)

“Social Entrepreneurship: Some Nonprofits are Not Only Thinking about the Unthinkable, They’re Doing It – Running a Profit” (from Across the Board, the Conference Board magazine

“The single greatest challenge: Existing organizational culture is frequently the biggest obstacle for social entrepreneurs” (adapted from a chapter in Migrating from Innovation to Entrepreneurship: How Nonprofits are Moving toward Sustainability and Self-Sufficiency”